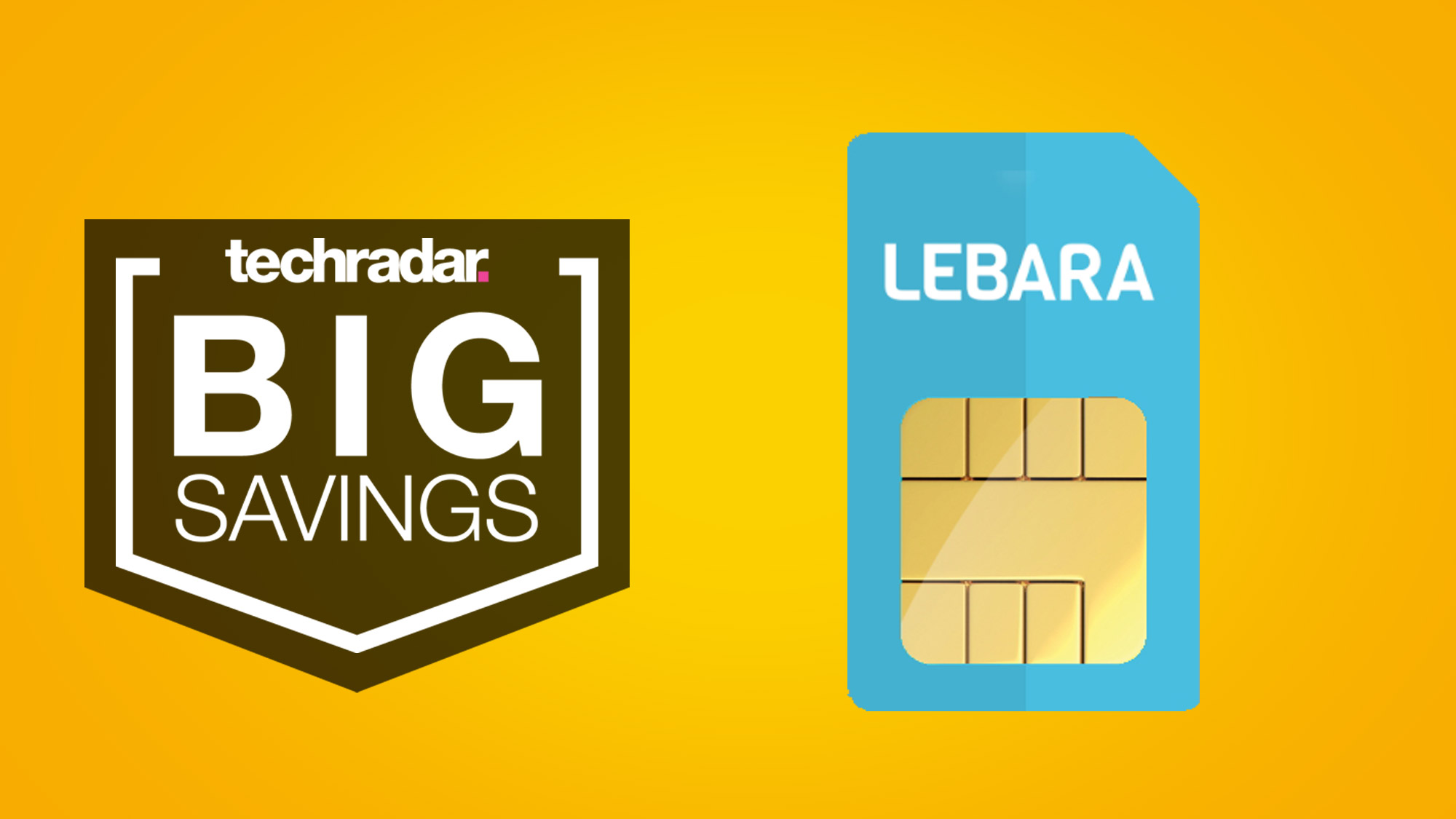 We’ve already seen a lot of Black Friday SIM only deals appear, and although they’re discounted, most are still quite expensive, focusing on providing higher data caps or special incentives alongside your plan.

For those with no need for a boat load of data, the best SIM only deals of this Black Friday might have just dropped. Coming from the brand Lebara, you can now spend as little as £2.50 a month.

That’s because Lebara is offering 50% off all of its plans for six months. Considering Lebara uses 1-month rolling contracts, you could get that price for the whole six months, leave after one, or if you’re happy, stay past the six months after the prices go back up.

While you can go as cheap as £2.50 a month for 2GB of data, we think the best value lies in Lebara’s 10GB for £5 a month deal. That makes it the cheapest option for that much data and doesn’t even tie you in to a long contract.

But past the cheap pricing, what stands out about Lebara? It piggy-backs on the Vodafone network, giving you high-end coverage and speeds, and you get 100 or unlimited international minutes to call 41 countries outside of the UK depending on which SIM you choose.

These cheap SIM only deals in full:

SIM only plan from Lebara | 1-month contract | 2GB data | 1000 minutes and texts | £2.50 for six months
This plan stands out as the cheapest SIM plan we’ve seen this Black Friday – an impressive feat considering the mass of discounts. For just £2.50 a month, you’re getting 2GB of data – perfect for those who don’t use much each month. After six months, the pricing will go back up to £5 a month.

SIM only plan from Lebara | 1-month contract | 10GB data | unlimited minutes and texts | £5 for six months
Realistically, for most people 2GB of data is not going to be enough and that’s where this plan comes in handy. It costs £5 a month while supplying 10GB of data. For most, that will be enough to get you through a full month of social media, browsing the internet and some light streaming.
View Deal

SIM only plan from Lebara | 1-month contract | unlimited data, minutes and texts | £17.50 for six months
Normally, Lebara’s unlimited plan would be expensive at £35 a month. However, with this half price offer, you’re paying just £17.50 a month, making it one of the cheapest unlimited data plans. In fact, it comes second to just Three’s £16 a month Black Friday pricing.
View Deal

What’s Lebara and what stands out about it?

All of its SIMs run on 1-month rolling plans, giving you the flexibility to leave at any time or change which plan you’re on and Lebara promises no price rises during your contract.

Along with that, Lebara piggy-backs off the Vodafone network so you’re getting reliable and fast speeds. You also get 100 international minutes to call 41 countries outside of the UK.

This AI chip claims to mimic the human brain

Garmin Black Friday deal: save £70 off the stylish Vivomove 3 at Amazon right now

Be featured in The Great TechCrunch Survey of European VC – TechCrunch

Scotland vs France live stream: how to watch Autumn Nations Cup rugby online anywhere
What are the most expensive Lego sets that might have Black Friday deals this year?
Comment