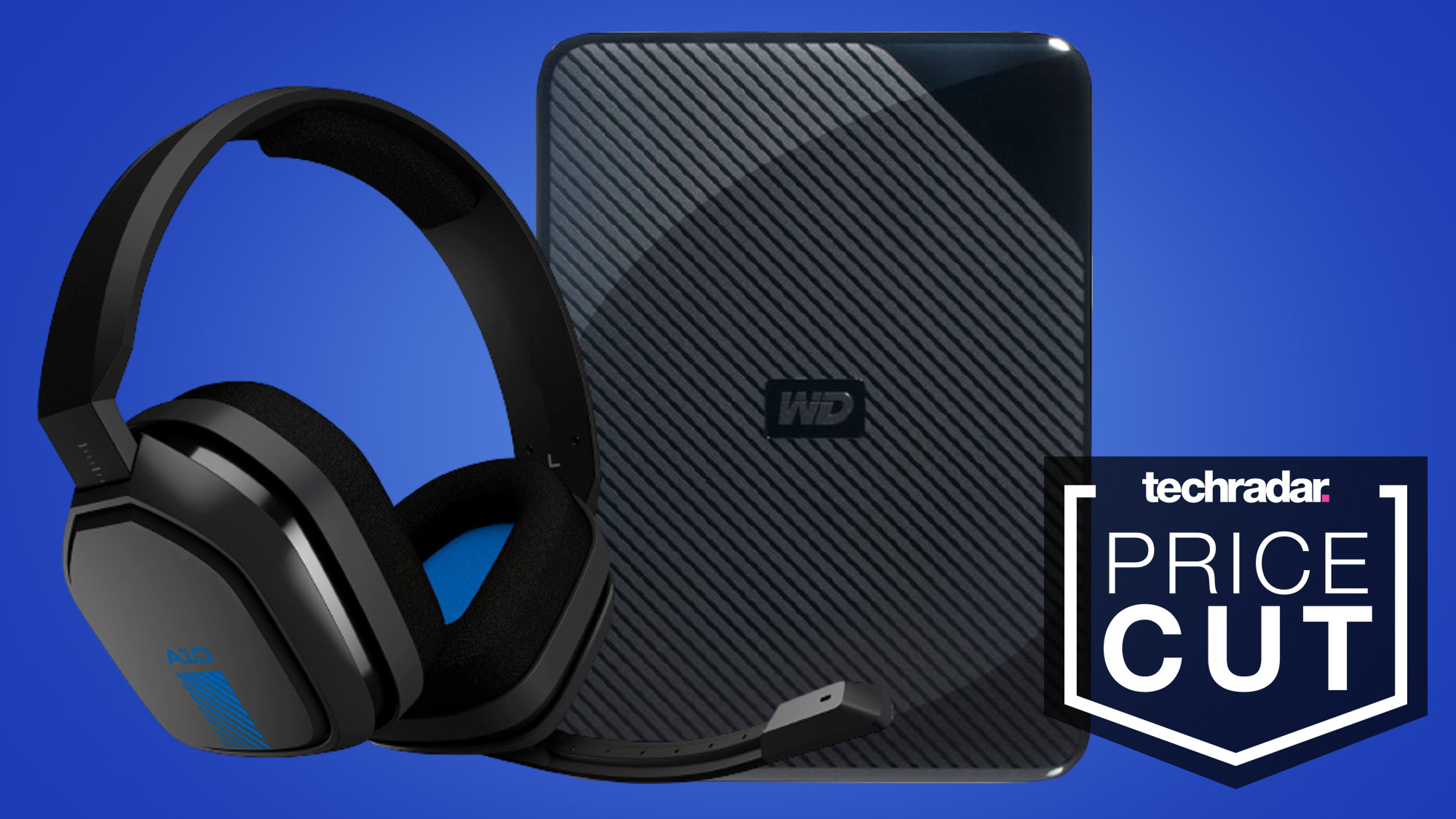 Whether it’s allowing you online access with PS Plus membership, letting you hear every footstep with a great PS4 headset or simply giving you more room for your PS4 games with a PS4 external hard drive, a good PS4 accessory can go a long way to improving your gaming experience.

And, while the new PS5 may be out in the wild and dominating the spotlight, that doesn’t mean you shouldn’t still have your eye on great PS4 accessories deals. Whether you have upgraded to the PS5 (or plan to in the future) or are happy with your PS4 or PS4 Pro, it’s still worth picking up some discounted PS4 accessories as many still work with the PS5 via backwards compatibility (though it’s worth noting not all will).

PlayStation Plus 12 month subscription (email delivery): $59.96 $44.96 at Walmart
Save on a 12-month PS Plus membership with this Black Friday PS4 deal. You’ll need PS Plus if you want to play online games on the PlayStation 4, but you’ll also get access to 20 games as part of the PlayStation Plus Collection on PS5. Live at 4pm PT, 7pm ET, November 25View Deal

Astro Gaming A10 Wired Stereo Gaming Headset for PlayStation 4 | Blue/Black: $59.99 $49.99 at Best Buy
The Astro Gaming A10 headset is a great entry-level PS4 headset, so $10 off shouldn’t be sniffed it, especially when it gets you a strong- sounding headset for under $50.View Deal

PS Plus 12-month membership: £49.99 £37.49 at Amazon (save £12)
Get 12 months of unlimited online game playing – including 24 free games, chosen by Sony, that cover a range of genres and styles. This deal gives you 25% off the asking price that you’d have to pay at any other time of year. There are also 3-month and 1-month options if you want to test the waters, but they’re not on offer.View Deal

Razer Raiju Tournament Edition PS4 Wireless Controller: £119.99 £84.99 at Argos (save £35)
This Bluetooth and wired controller for PlayStation and PC includes its own mobile configuration app, so you can remap buttons and adjust sensitivity from your phone. It also has a hair-trigger mode to reduce the switches’ travel distance for lightning-fast reactions. We’ve hunted around for you, and this is the best price you’ll find for this premium controller.
View Deal

SteelSeries Arctis 5 Gaming Headset: £89.99 £74.99 at Amazon
SteelSeries is well known for making some of the best gaming headsets, and with £15 off you can get this super plush Arctis 5 for less. With v2.0 surround sound, fully customizable RGB lighting, and a Discord-certified ClearCast microphone, you’re sure to be the envy of your squad.View Deal

SteelSeries Arctis 3 Gaming Headset: £59.99 £39.99 at Amazon
Looking for a new headset to complement your console? The iconic Arctis 3 is designed to be used across all of your gaming platforms, including PC, PlayStation, Xbox One and Nintendo Switch. With a whopping 33% off the price, you can rock one of the best headsets in gaming for less.View Deal

Samsung T7 Portable SSD Metallic Red 1TB: £200.99 £109.99 at Amazon
Samsung’s T7 is 45% off in this early Amazon Black Friday deal, which is a huge saving on this highly-rated SSD. Your PS4 games will load much faster than if they were installed on an HDD.View Deal

WD 4TB My Passport Portable Hard Drive: £104.99 £86.99 at Amazon
If you 2TB of storage isn’t enough, this 4TB drive from WD should hold most people’s entire library of PS4 games – and then some. With 17% off, this is a great chance to save. View Deal

We’ll be keeping all these pages regularly updates throughout the Black Friday and Cyber Monday season, so keep them bookmarked for a bargain!

For those not in the US or UK, you can check out the best prices for PS4 games in your region below:

TechRadar is rounding up all the top deals in the run up to the Black Friday sales period, and we’ve put all the best Black Friday 2020 deals in an easy-to-navigate article to help you find the bargains you’re looking for.

Microsoft makes copy and paste smarter than ever in Edge